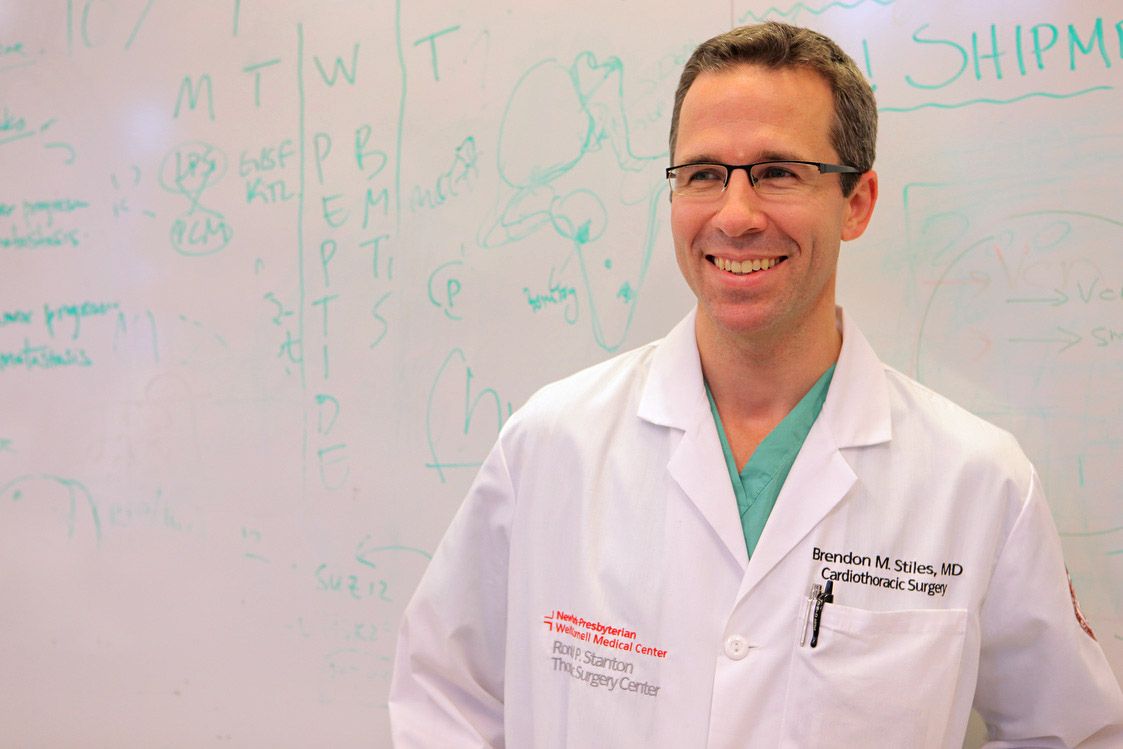 Achalasia affects the muscle of the esophagus. This disorder, whose cause is unknown, primarily affects the band of muscle – or valve – that separates the stomach from the esophagus, causing it to spasm. The spasm prevents ingested food from reaching the stomach easily. Patients usually complain of intermittent regurgitation (food coming back up into the esophagus from the stomach) and food feeling like it is "sticking" in the esophagus after swallowing. Weill Cornell Medicine|NewYork-Presbyterian thoracic surgeons perform a minimally invasive surgical procedure called "laparoscopic myotomy" to treat achalasia.

Achalasia is diagnosed using tests that examine the structure and function of the esophagus. These tests can include:

Patients are asked to swallow a liquid that will be visible on an x-ray. A series of x-rays are then taken. People with achalasia will often demonstrate abnormal valve relaxation and an absence of normal contractions.

Pressure in the valve between the esophagus and stomach is measured using a small catheter placed into the esophagus. Patients with achalasia typically have an elevated lower valve pressure and experience failure of the valve to relax when they are swallowing.

This is a procedure in which a small, flexible telescope is passed through the mouth into the esophagus. The lining of the esophagus can then be examined.

Drugs that relieve the spasm of the sphincter have largely been unsuccessful as a treatment for achalasia, and they cause numerous side effects. The classical method for treatment is a procedure called "endoscopic balloon dilatation" and surgery. While dilatation can achieve a good result in up to 60 percent of patients, the benefits often don't last. There is also a risk of perforating the esophagus during dilatation, which requires emergency surgery.

Open surgery for achalasia requires a rib-spreading incision to perform an esophageal "myotomy," or splitting of the abnormally thickened esophageal valve. Weill Cornell Medicine thoracic surgeons are able to employ a minimally invasive laparoscopic approach to myotomy in most of our achalasia patients.

After laparoscopic myotomy, patients typically stay in the hospital for about two days, with minimal postoperative discomfort. Patients are able to eat regular food by the time they are ready to leave the hospital.